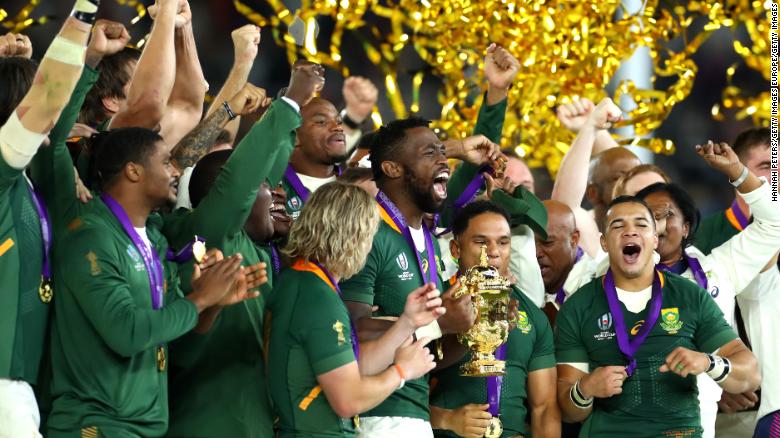 Initially, it seemed hard to imagine that a couple of men wearing green and gold, kicking and running around with a ball in far-off Japan could in any way be relevant to peace. But I was proved to be quite wrong.

When the President of the country and the captain of the Bokke raised that Webb Ellis cup surrounded by (at last) a rugby team that looked rather more South African than previously, and social media and the news were full of incredible scenes of South Africans from all walks of life celebrating and rejoicing in lounges and bars and shebeens across the country, I remembered that Madiba himself recognised the value of using rugby to unite a nation that had been statutorily divided for decades. And rugby has done it again, at arguably the most critical time in our history since 1994.

What Siyamthanda Kolisi and the team did in Japan was about so much more than rugby. It became mostly about being able to be, even if only for 80 minutes, almost totally united as a nation. As in 1995, and not intending to detract in any way from the quality of the rugby played (about which I know a lot less than nothing but am assured it was good), it was the palpable support of a nation holding its breath and crossing all its fingers

The post-match and post-arrival interviews were evidence of strong bonds of friendship between all the members of the team, of humility, and of a deep commitment to South Africa. Much was said about the challenges facing our country at the moment, and the team’s pride in playing a role in showing the country and the world that at our best we are fantastic.

What did become very clear was the deep respect they all had for each other, for the support staff, and for their millions of supporters. The team off the field was an embodiment of who we could be: a nation at peace with itself, celebrating its diversity, relishing its achievements and treating everyone with equal respect.