National Elections of May 2019 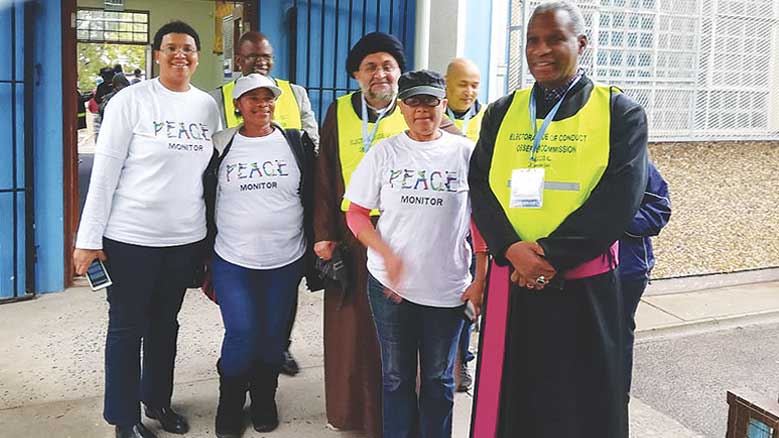 There was widespread fear that violence would mar the national election in May 2019.  After a meeting with community stakeholder, including the new police anti-gang unit, the Centre trained 350 “Peace Monitors” – one for each polling station in Khayelitsha and adjacent Mitchells Plain. These were drawn from the large pool of unemployed youth in the townships.

Training was done in stages over a four week period.  First trained were a lead group of some 60 volunteers.  Then they, with backup from Peace Centre people, contractors and other NPO’ trained the remainder using a combination of talk notes.  This was followed by a week of participation in interactive groups to make real the problems and practice of calming and defusing violence.

On the day of the election an internet based communications system developed in Switzerland enabled each volunteer to maintain contact with the Centre to report any problems.

In the event, the monitors had few problems and the election passed off peacefully.

Before the election the Hub regularly hosted screening of relevant and topical documentaries followed by discussion (often heated).  Topics included controversial issues as Land Reform, rights of women and children and LGBT.  The Peace Centre was helped in this by the Tshimani Centre.

Experience n the election brought home to the Peace Centre how little democratic government is understood.  Also how poorly the rights and obligations of the SA Constitution have been learned or the power it gives to bring about change without violence.

Looking ahead – a national local government election is due mid-2021.  The Peace Centre plans to develop projects for understanding and monitoring.