Our mission is to increase the number of people willing to act against all forms of violence.
.

ABOUT THE PEACE CENTRE

The Peace Centre is a voluntary non-profit organisation, a charity, NPO No 011-709. It is also a PBO (Public Benefit Organisation) 18/11/13/3083. This allows South African donations to be offset against tax. It operates under its own Constitution with a volunteer Board elected annually.

Originally established by Cape Town Quakers (Religious Society of Friends) in 1987 as the Quaker Peace Centre, it aimed to deal with problems caused by the Apartheid government. After the first majority government in 1994 the focus gradually moved to combatting violence, especially with young people.

The work was very successful especially in schools. However, the Centre staff could only cover a small fraction of the Western Cape schools and sadly the training did not spread out into the community.

After a funding crisis in 2016, the Board decided that the Peace Centre should reinvent itself and put sustained effort into communities most affected by violence.  These are mainly the poverty stricken non white townships and informal settlements, concentrating on support and capacity building.

A strategic review decided that:

The Peace Centre has Level 1 B-BBEE – the highest category for an NPO of its size.

B-BBEE stands for Broad-Based Black Economic Empowerment. This is a policy launched by the government to advance economic transformation and enhance the economic participation in the South African economy of Black people (African, coloured and Indian) who are South African citizens.

Organisations are awarded points that show what level they have achieved.  These entitle them to a greater chance of government contracts. 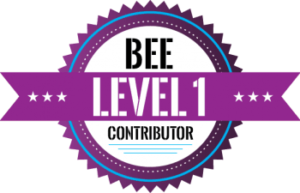 The Peace Centre is dependent on donations and grants. Our beneficiaries are not able to pay for the training and services we provide.

We are thankful for the help which we receive – not just financial but also from an amazing spirit of volunteerism. Quakers around the world are still a major source of funding.

Without your support, it will not be possible to carry out our programmes.

How You Can Help?